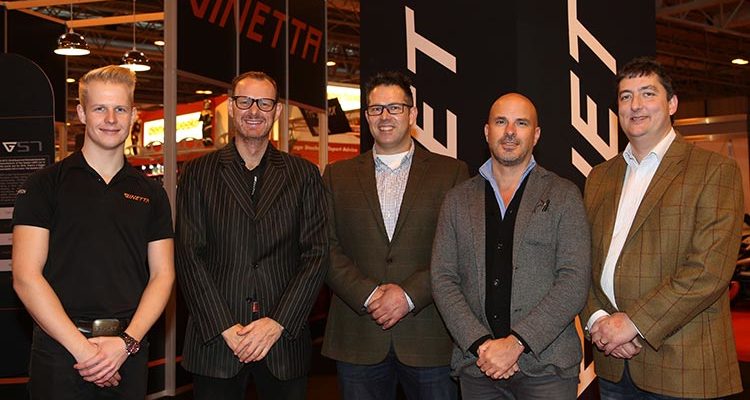 Tolman Motorsport is proud to announce its partnership with seasoned British GT regular Ian Stinton. Stinton will be joined by Factory driver Mike Simpson, the pair were last together in 2011 in an earlier version of the Ginetta G55.

Simpson, who has a wealth of knowledge behind the wheel of the Ginetta, is looking forward to teaming up with Stinton, a regular on the British GT scene since 2004, who finished third overall taking a race win along the way, in his Ginetta G50 back in 2009.

Stinton & Simpson will join Davenport & Pattison in the new Factory Backed Tolman GT3 Team in the British GT Championship. Testing is scheduled to start at the end of February in southern Europe for the team’s first foray into the Premier class of GT racing.

“I am delighted to have Ian and Mike on board for what is set to be a truly special year for us. The appointment of factory backing from Ginetta is quite a coup for a small team like ours! The pressure is now on for us to make all this work the best it possibly can! With the driver line up we now have I’m sure we can look forward to some great results for all parties involved. David and Luke’s step up will be as big as last years in to GT4 but I have no doubt they will rise to it as we all did last season”

“I am delighted to be back for my third full season in British GT with my good friend Ian Stinton. We helped to develop the GT3 car together back in the early days, and Ian has kept his hand in with the G55 since then. Tolman Motorsport has a great track record in Ginetta’s so it’s going to be an exciting year with them as our factory backed team.”

“I am so pleased to be out in BGT GT3 again with Mike Simpson. Due to the BGT BOP levelling out performance of all the cars I feel we will have a great chance of being on the podium. After meeting Tolman I’m convinced that they are going to make the car very quick and more importantly very reliable. The car has always been good but let down by reliability and bad luck in the past. This year marks my 15th season in BGT and I believe I’ve the team mate and team to put us on the podium!”

“We are very much looking forward to seeing another team make the step from GT4 to GT3. Ginetta has been a long-time supporter of British GT and this is another example of great progression.”