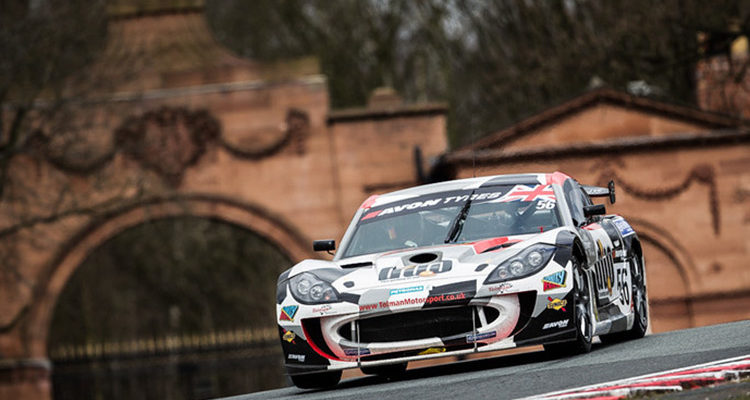 The Warwickshire-based Tolman Motorsport team enjoyed a debut in the GT4 category of the 2015 British GT Championship that exceeded all expectations, according to team management. The team, with one professional and one amateur driver, recorded a seventh and fifth in class on its first endurance race weekend, underlying its potential for the 2015 season.

It had already hinted at what might be, with Pro driver Luke Davenport claiming pole position for the second of the weekend’s two one-hour races. Amateur driver David Pattison claimed tenth for the first race, which started following a murky morning as early mist gave way to brighter conditions.

Pattison took the first stint in Race One and by the mid-point of the race, had climbed from tenth on the grid to seventh in class, as he handed the car over to Davenport during the mandatory 65-second pit-stop.

For the second part of the race, Davenport was unable to capitalise on the position due to several safety car periods and the team went on to record 17th overall and seventh in class on its very first outing.

The second race of the weekend took place under bright sunlight and increasing track temperatures. Davenport was on pole position and maintained the class lead until the pit stop, at which point Pattison took over.

He continued to lead the class initially but a combination of high temperatures and a lack of endurance racing experience meant that he slipped back during the remaining 30 minutes, eventually completing the race in an excellent fifth place.

Commenting, Team Principal Chris Tolman said; “I am absolutely delighted – this has been a superb weekend. We came here targeting two race finishes and with a dream result of a pair of top ten positions. To have actually finished both races – on our first endurance races as a team and for both drivers – would have been achievement enough. To have recorded a seventh in class and a fifth is more that I could have hoped for.

“The entire team has done a superb job. The technicians put together a superb car and ran it perfectly over the weekend and the drivers did an excellent job – exactly what we hoped of them. Luke performed superbly and I think David did exceptionally well in what were two very difficult races, even for experienced drivers.

“I like to think that we have hinted at what we, as a team, are capable of and I am sure that there will be more to come at the next round.”

Driver Luke Davenport said; “It’s a fantastic start to the year. I’m very pleased with the performance this weekend.

“We had a difficult first race but it was great experience for all of us – the pit stop went very well and I think we showed how quick we are. I am pleased that I was able to maintain the lead for the second race, especially as I wasn’t entirely confortable in the car. I think I worked the tyres a bit too hard quite early on so there’s a lot for me to learn going forward.

“But it is very encouraging to know that we have this pace at this point. David has come on very well and we have exceeded or targets for the first round, which is fantastic.”

David Pattison; “I am delighted with the way the car ran this weekend. The team did really well and I found some pace I didn’t have before in the first race, which was fantastic. It is also good to be finally racing instead of testing or qualifying and looking at the car in front instead of the clock.

“The second race was actually very hard though. Going out in the lead was quite a weight on my shoulders and this is my first British GT race in a car like that. The team is happy with fifth but physically, it was very hard work. They tyres were very well worked by the time I got in and the car was moving around a lot and the track was a lot hotter.”

The next round of the championship takes the teams to the Rockingham circuit in Northamptonshire over the May Day bank holiday weekend, with a single, two-hour race on Sunday 3 May.

Following a steward’s decision to exclude a competing car from the GT4 category results in yesterday’s second round of the 2015 British GT Championship race, the Tolman Motorsport car, driven by Luke Davenport/David Pattison, has been elevated to fourth overall, meaning each driver is currently fourth in the title standings and Tolman Motorsport is fourth in the GT4 Teams Championship.