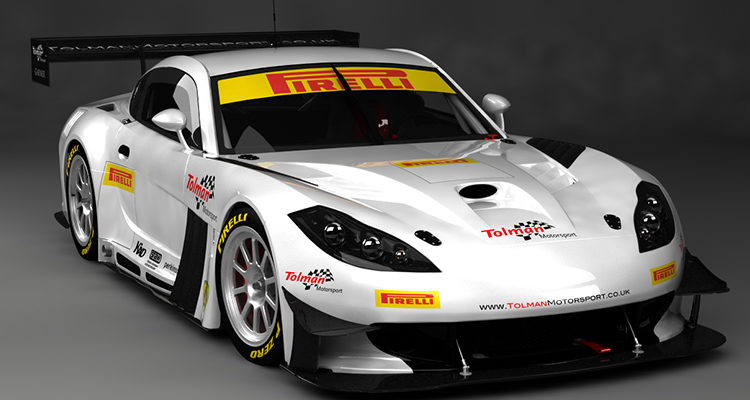 In what is intended to be a two car operation, Tolman Motorsport will soon take delivery of their first Ginetta G55 GT3 car. 2016 will see a number of improvements made to Ginetta’s flagship GT car, with a focus on braking performance and overall durability.

This latest move adds a further rung to the Ginetta and Tolman Motorsport career ladder, with both outfits able to take a driver from grass-roots racing in the Protyre Motorsport Ginetta GT5 Challenge, into top level GT4 and GT3 racing, something no other manufacturer is capable of.

No stranger to Ginetta, Tolman Motorsport, Davenport and Pattison were each part of the Protyre Motorsport Ginetta GT5 Challenge – a support series to the British GT – for many years before moving into the main series last season.

“Tolman Motorsport has worked tirelessly this season to get the results we have. The move to GT3 has been our goal from the outset and I can’t tell you how proud I am of everyone involved and how excited I am for next year! The collaboration with the Ginetta Factory is a fantastic opportunity for us and both Luke and David are very excited at the prospect of taking on the established names at such an early stage in their GT careers.”

“Ginetta has been a long-term favourite on the British GT grid with much success in the GT4 Class since its inception. After introducing the Ginetta G55 GT3 car in 2012, the cars performance has been without question. We have spent the past two years developing the car in both the UK and abroad. With the 2016 upgrades we are very excited to have a joint-attack on the championship with Tolman Motorsport, who have had a stunning debut season in the championship.” – www.thrillgambling.com

“We are very much looking forward to seeing another team make the step from GT4 to GT3. Ginetta has been a long-time supporter of British GT and this is another example of great progression.”

A second Ginetta G55 GT3 car from Tolman is also poised for entry into the 2016 Avon Tyres British GT, with the option to utilise Ginetta Factor Driver Mike Simpson – who took a podium result in 2015 – as the Pro competitor. For more information, contact Tolman Motorsport on 08452 306 205 / info@tolmanmotorsport.co.uk