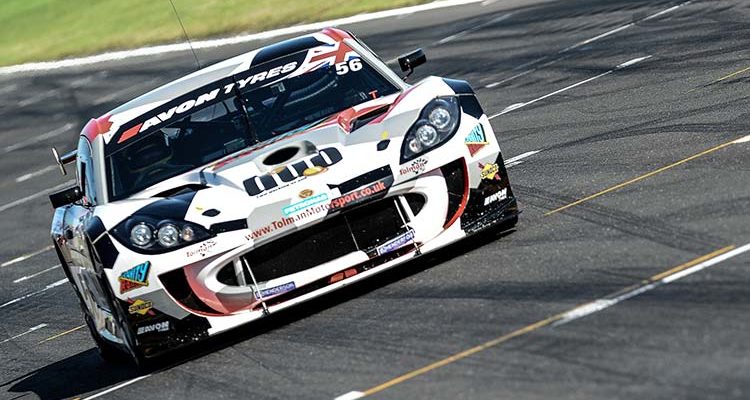 Warwickshire-based Tolman Motorsport team performed faultlessly throughout the penultimate round of British GT at Snetterton to bring home a second podium in a row.

The Norfolk circuit was bathed in sunshine on Saturday morning with expectations high after the first placed finish at Brands Hatch. Free practice 1 saw Davenport take to the track first. After a few laps he confirmed the pace and stability of the car proving fastest at the start of the session. Pattison made the most of a trouble free session and maximised on the Bronze only session to go 1.3 seconds faster than he had previously managed during testing.

FP2 followed the same format with Davenport trying a small set up change but ultimately Pattison having the lion’s share of track time.

Qualifying was a textbook performance from both drivers, Pattison going another second faster than ever before and Davenport missing out on Pole by 0.005 sec.!

Race 1
The race format for Snetterton is two 1 hour sprints due to the small pit lane not allowing refuelling to take place. AM driver Pattison made a great start defending from the very fast Toyota immediately behind. 3 laps in and he pulled away and started to gain on the next car. The faster GT3 cars then started lapping the GT4 pack and David stayed out of trouble delivering a great car to Davenport. The Tolman Team managed a fantastic pit stop, at the optimum time being one of the first in, however the pit stop was painfully slow due to the success penalty of an extra 15 seconds being added after the Brands win.

Davenport soon started lighting up the timing screens with purple sectors one after another, consistently lapping 2-3 seconds a lap faster than his rivals for his entire stint. From the 11th place starting point his sterling drive got the team up to 6th in GT4 when the chequered flag fell.

Race 2
The heavens opened minutes before the start of the second race and was duly declared a wet race by SRO. Davenport capitalized on his excellent grid position by getting into the lead on the first lap. Once clear, he yet again managed to pull away consistently lapping 2 seconds faster than the chasing pack, at the pit stop window his lead was over 16 seconds. Once again the Tolman Team performed superbly during the pit stop, not only making the most of the pit window but also increasing the lead a further 6 seconds due a lighten quick driver change. Pattison had the hardest part of the race as the rain suddenly got much worse with standing water on many parts of the track. Cars were spinning off on almost all corners and Pattison was no exception.

David fortunately managed to avoid serious contact and re-joined the track losing only one place. Very shortly afterwards the race was stopped on safety grounds due to the weather and Pattison brought the car home in an impressive 3rd place! Davenport managed to record the fastest lap of the race during his stint, once again proving his dominant performance in GT4.

Commenting, Team Principle Chris Tolman said; “I am over the moon with our performance this weekend. It was always going to be a big ask after the Brands win but we did the best we were ever going too. Because of the 15 second win penalty and David starting the race wining was never going to be an option in race 1. Our calculations said if we had a perfect race, with no safety cars and Luke lapping consistently 2 seconds faster than the rest, then we could get 6th and amazingly it worked! Despite the weather race 2 also went totally to plan. Luke pulled away to a good lead and David managing the best that he could in the harsh conditions. To come away with a podium in those conditions is just amazing, I am in awe of both my drivers and all of our Team!”

Driver Luke Davenport said; “To be honest I feel Snetterton has been our most competitive weekend yet. David has made a huge jump in confidence thanks to the win at Brands and you can really see it in his driving. He got comfortable quickly in Practice, he went faster than he ever has done here in quali and his consistency and pace in both races was comparable with that of far more experienced drivers than himself.”

“Personally I am really pleased with my own performance. I had limited running during practice yet I managed to get the car on the front row of the grid for Race Two so I think that shows how much I am improving too!”

“The Tolman boys did an exemplary job as always. To set the car up, with no prior wet running, in such a way that I could pull out a great lead in Race Two is testament to that. This gives us some great momentum going into the final round at Donington and I can’t wait to get out there for our test next week!”

Driver David Pattison said; “One of the best weekends of my life! I didn’t’ think we could improve on our Brands win but this was the best racing weekend so far! The car was perfect, the team were perfect, FP1, FP2 and qualifying all went without any issues. Mathematically this was as good as we could do and we did it!”