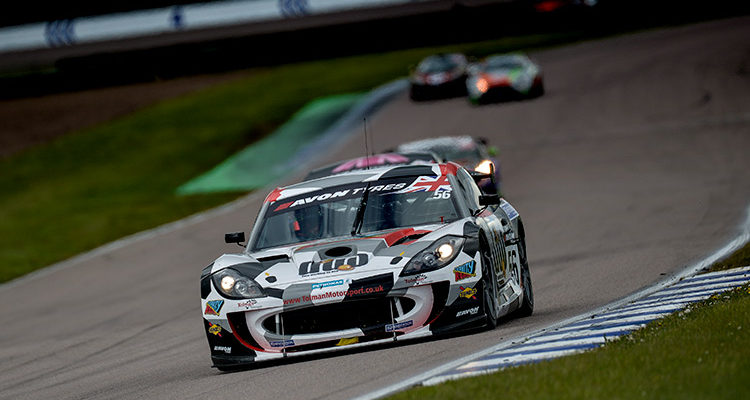 Following a successful test, the Tolman Motorsport team is looking forward to the fourth round of the 2015 British GT Championship next weekend, at the Silverstone circuit in Northamptonshire.

The aim of the test was to establish a set-up for the team’s Ginetta G55 GT4 car that would suit the track at the home of the British Grand Prix. While both drivers – PRO Luke Davenport and AM David Pattison – enjoyed an excellent result last time out at Rockingham, both feel that the characteristics of the Silverstone circuit should suit their Ginetta more than the previous round.

At Rockingham, there is a propensity for low speed corners while Silverstone tends to have faster bends, where the G55 excels. In addition, the team hopes that it will benefit from a more favourable Balance of Performance (BOP) factor than they have endured so far. This is designed to create parity among the cars through a variety of factors, including adding ballast weight or restricting engine performance by imposing different rev limits.

Commenting, Team Principal Chris Tolman, said: “After the results we enjoyed at Oulton Park and Rockingham, I’m very much looking forward to Silverstone. It’s a circuit we and the drivers know well and the recent pre-event test allowed us to develop a very good base set-up for the car.

“The circuit itself lends itself to the Ginetta G55 and hopefully, if we get a fair BOP, then we should be able to continue the pace and performance that we saw at the first three rounds.”

PRO driver, Luke Davenport, said; “I am going into Silverstone with a lot of confidence. I know the car is very quick here and we are progressing so much as a team each time we run the car, I’m relishing the feeling of expectation that’s emerging.

“Silverstone is one of those events everyone looks forward to on the calendar. It’s a proper F1 track, the surface is like a carpet and it’s as wide as a motorway so the racing is always good there.”

Gentleman driver, David Pattison, said; “After our really good result at Rockingham and first Ginetta home, a whole new set of experiences await us at Silverstone – a three-hour race, three pit stops and a big wide track. The team is well prepared, Luke and the car have looked quick in testing and we can’t wait to get there”.

The race weekend begins with two free practice sessions in the morning of Saturday 30 May and the PRO and AM qualifying sessions in the afternoon, with aggregated times determining the starting grid for the race.

The race itself runs over three hours on Sunday afternoon and begins at 12.20.