Tolman aims to maintains momentum in British GT for Round Three 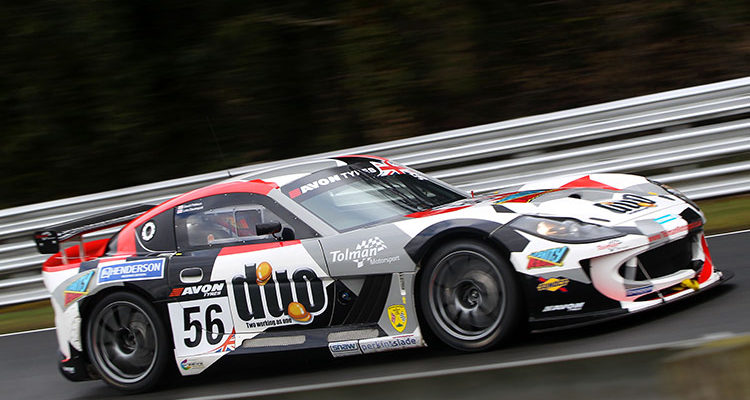 The Warwickshire-based Tolman Motorsport team is looking to maintain its momentum for next weekend’s third round of the British GT Championship, following an outstanding debut in the series a month earlier at Oulton Park, with its GT4-category Ginetta G55.

The team and its drivers currently lie fourth in the GT4 Driver and GT4 Teams and third in the GT4 PRO/AM Drivers standings after the first two rounds and are hoping to do even better as the series visits the Rockingham circuit in Northamptonshire.

In order to prepare as well as possible the team has tested at the venue, which will use part of the high-speed oval circuit and part of the infield course for the two-hour race that forms the third round. It was encouraged by the pace but with limited time available to run, remains keen to see what it is capable of come qualifying and ultimately, race day.

Another unknown for the team is the fact that neither of its drivers – Luke Davenport (PRO category) nor gentleman driver David Pattison (AM or Amateur category) – have contested a two-hour endurance race before. Therefore, the strategy will be crucial, to ensure that they are able to manage not only their own personal performance but that of the car and perhaps most importantly, the tyres over such a long race.

Commenting, Team Principal Chris Tolman said; “Following the result at Oulton Park and our pre-event test at Rockingham, the team is feeling very good. I wouldn’t necessarily go as far as to say we’re confident but we are definitely excited about the third round and optimistic that we can at least repeat our performance from Oulton Park.

“We had limited running time at the test but I am pleased with the pace that we were able to demonstrate. I think the most interesting element will be the length of the race – neither Luke nor David have driven in this length of race before and getting to the end and turning in a good result will be no walk in the park.

“But the entire team is relishing the challenge and I’m sure that we will put in a representative performance.”

PRO driver, Luke Davenport; “Rockingham is a circuit that many drivers struggle with but I enjoy the technical challenge. Coming off the back of a strong debut weekend and a successful test last week, I feel we are in a solid position to get a good result.

“David is improving all the time and, although we may be at a slight disadvantage to the Astons and Lotus’ in a straight line here, I think we can impress again.”

AM driver, David Pattison, said; “After a really encouraging start to the season at Oulton Park, we are really looking forward to Rockingham. We have tested well, the car is very good and the team is excited. Rockingham is a challenging circuit but we have all of the ingredients in place to continue to move our season forward.”

There will be an early treat for residents of Corby, where Rockingham is based, with several of the series cars on display in the town centre this weekend (Saturday 25 Apr) to set the scene for the following weekend’s action.

Race weekend sees the first of the two qualifying sessions – AM followed by PRO – on Saturday afternoon (2 May) with the race starting after the lunch break on Sunday 3 May. The grid positions will be determined by the aggregate of the two best qualifying times and the AM driver, Pattison, will take the start and the first stint.