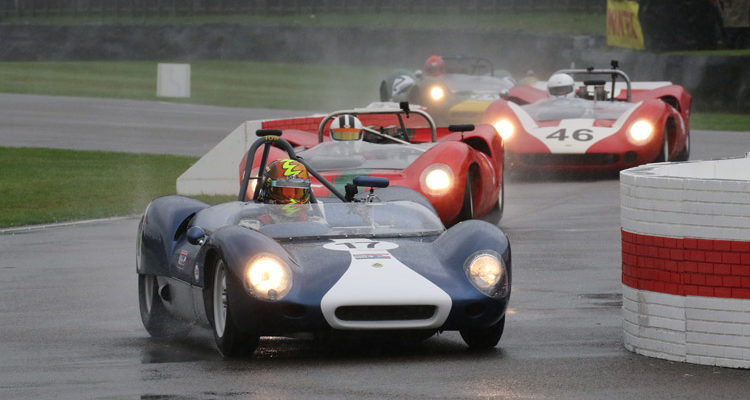 Winners of the 2016 Whitsun Trophy, Tolman Motorsport, has once again been invited to make an appearance at the prestige Goodwood Revival. Aboard Christopher Ross’ Lotus 19 Monte-Carlo recreation, Touring Car legend Rob Huff soared to victory in the fastest race of the event. “We had a very successful, but also surprising Goodwood Revival in 2016 in the Whitsun Trophy” Huff said. “Our, little Lotus 19 which, I didn’t even know what a Lotus 19 was before I saw it, performed wonderfully. We qualified third and due to conditions that suited us very well and a few mistakes from other drivers, we managed to capitalize and win.”

In between running three McLaren 570S GT4s in their British GT programme, Christopher and the Tolman Motorsport team have thoroughly prepared the Monte-Carlo recreation ahead of the 20th Anniversary of the three-day historic festival. “We are elated to have received an invitation once again, to compete in the Goodwood Revival’s fastest race, the Whitsun Trophy” Tolman commented. “A huge thank you goes to the Duke of Richmond for giving Tolman Motorsport another opportunity to show what our Lotus 19 can do against the finest competition.”

The Oldsmobile is a one-of-a-kind amongst the 30-strong car race of pre-1966 sports cars. Huff will take to the track for a 15-minute official timed practice session on Friday and the 25-minute sprint race will take place on Saturday. Tolman had no trouble in choosing who would pilot the 19 for the event, “Following Rob Huff’s storming performance in 2016, it was a no-brainer to ask him to tame the V8 once again. It’s been two years since we were last at the Revival, so we are really excited and cannot wait to get going!”

Huff and the Tolman Motorsport crew completed a successful test at Donington last week in the 1964-spec 19 and are now completing the final prep work before heading south for the iconic meeting. “The car sat last year and now the owner Christopher Ross has decided that he wants to bring her back out to play. We got the entry again which is fantastic news” Huff said. “Tolman Motorsport have done a wonderful job to bring the car a little more up to date. Allowing me to test ahead of the Revival has given me a lot more confidence going into the event and the pressure is now on to repeat what we did. It’s going to be difficult, but we shall give it our all!”