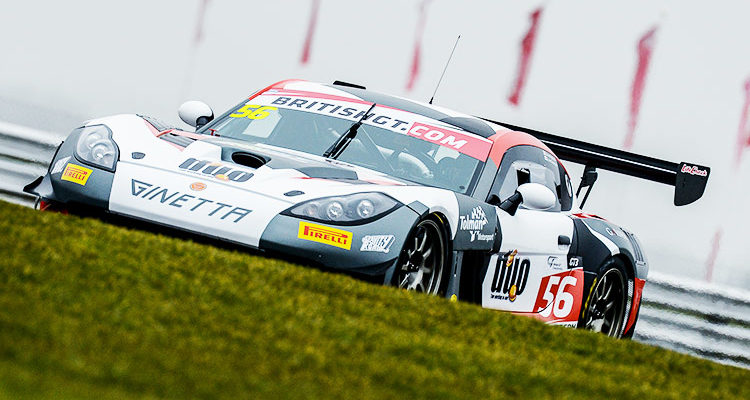 After a successful campaign in the 2015 British GT Championship that culminated in 4th place overall with drivers Luke Davenport and David Pattison in the GT4 category, Tolman Motorsport are gearing up for an even bigger season in 2016.

The season begins this weekend at Brands Hatch, with Rockingham following on the weekend of the 30th April. It will be their biggest season to date, with the Warwickshire based team entering 2 factory backed Ginetta G55 GT3 cars in this year’s GT3 category of the championship. They have been busy preparing for the first round of the season at Brands Hatch this weekend, testing all over to make sure both cars and drivers are ready for action. Davenport and Pattison have been joined this year by Ginetta factory drivers Mike Simpson and Ian Stinton at the wheel of the second Ginetta Tolman are running in the championship.

Both team and drivers are feeling confident, “I feel as though we’re going to Brands Hatch with a good, competitive car,” said Davenport talking to his local newspaper, Cambridge News. After achieving 4th place in last year’s GT4, as well as Davenport being awarded Rookie of the Year, this year could be a lot different for the team. “At the moment we’re not looking for any specific result. I’d like to out-perform my team mate Mike Simpson, anything else will be a bonus”.

The team have already have a successful start to 2016, being busy testing at Silverstone, Rockingham, Snetterton and more. They have had some promising results throughout their testing sessions, making the team confident for the start of the 2016 season.

“Tolman Motorsport has worked tirelessly to get the results we have. The move to GT3 has been our goal from the outset and I can’t tell you how proud I am of everyone and how excited I am for this season! The collaboration with the Ginetta Factory is a Fantastic opportunity for us and both Luke and David are very excited at the prospect of taking on the established names at such an early stage in their GT careers”.