Tolman Motorsport ready for the challenge in 2015 British GT 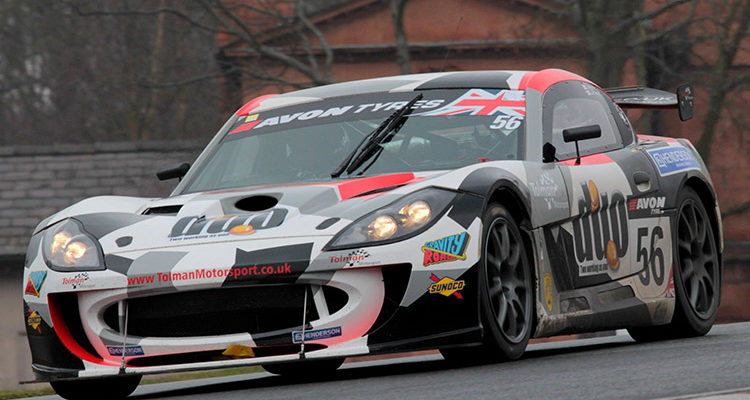 Warwickshire-based Tolman Motorsport is ready for the challenge of the 2015 British GT Championship following what it describes as an excellent off-season preparing its car and driver line-up. The team knows it has the components to deliver an superb season of motorsport, as it begins its long-term plan towards success in endurance racing.

Since its inception in 2007, Tolman Motorsport has established itself as a leader in classic engineering and motorsport, running numerous cars in endurance racing, including the BRITCAR series. It also ran several drivers in the Ginetta series before debuting its GT4-specification G55 at the end of the 2014 season.

Over the winter, it has secured two drivers to spearhead its campaign in the GT4 class of the 2015 British GT Championship; David Pattison and Luke Davenport.

Following a winter development and re-preparation exercise, the team carried out initial testing at Jerez in Spain, with excellent results. This was the first time the car had run on 2015-specification Avon control tyres and it was delighted with the performance and pace they were able to run at. The car suffered no problems at all throughout the two day test and the team was able to practice many of the procedures that are involved in GT racing but which are new to them.

Tolman also carried out a further test at Oulton Park in Cheshire, UK, the venue of the opening round in just over a week’s time. Running with several other GT teams and testing a range of the upgrade parts for the 2015-specification Ginetta cars, it was the first chance to see how its potential pace compared with the likely competition for the season ahead.

Commenting, Team Principal Chris Tolman, said; “We decided to start testing early at Jerez in February and this transpired to be a good move, as we had the track virtually to ourselves. We completed more than 1000Km without any problems and ran the new Avon tyre, comparing it with last year’s version, with good results.

“The team is new to British GT racing but we have practised our drills and we are confident that although this will be a learning year for the team as a whole, we will put in some representative performances.

“I am delighted that we have Luke [Davenport] on board and he has impressed us at every step so far. David [Pattison] has improved enormously with the move to the GT4 category. The car suits him well and he is very comfortable with it.

“I am very encouraged by the work we have done and what we have achieved over the winter. However, as ever, it won’t be until the end of the first qualifying session at Oulton Park that we will see how we compare with the other teams.”

Luke Davenport said; “It has been a highly enjoyable and encouraging pre-season for me. The guys at Tolman Motorsport have made me feel very welcome, which has allowed me to settle in quickly. The preparation and attention to detail on the car is highly impressive and the results show in the pace we seem to be enjoying so far. I know this will be a highly competitive season but we are well prepared and I believe this bodes well for Oulton Park.”

David Pattison said; “We have had a very good pre-season period. The car, the team and the drivers are progressing well and we are feeling good about the season. It’s a very competitive GT4 category this year and we are all looking forward to seeing where we will be on the grid. We have all the elements in place to get to the front and only time will tell if we can fulfill our potential.”

The first round of the 2015 series takes place at Oulton Park in Cheshire and features two one-hour races on race day, Easter Monday, 6 April. Each of the two races includes compulsory pit stops and driver changes for frantic action and potentially, very different strategies.