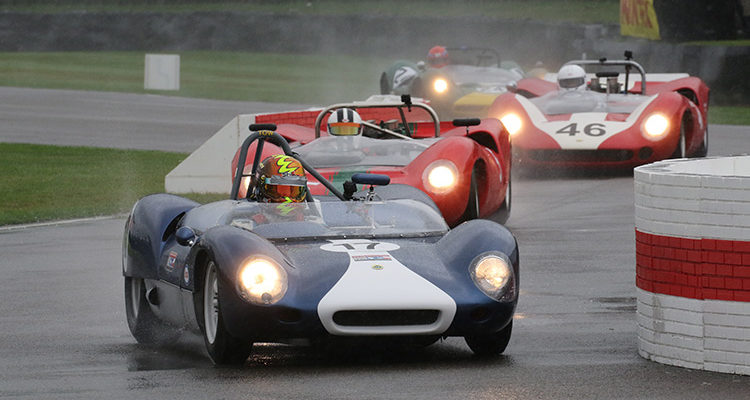 In 2013, Tolman Motorsport became the first to build a Lotus 19 to full FIA Historic Technical Passport (HTP) specification, when it conducted a complete reproduction of the Mecom Racing example that contested the 1964 Brands Hatch Guards Trophy.

The Warwickshire-based engineering company was commissioned by Christopher Ross to complete the rebuild of a Lotus 19 that had come up for sale, the brief being to build the best racing car to FIA specification.

The car acquired by Ross as a collection of parts was only a replica still in the mock-up stage, therefore a great deal of work was required to fulfil the brief to produce an accurate, race-worthy car, and prove to the FIA that the machine was indeed period-correct.

Tolman Motorsport would subsequently have to call upon all its knowledge and expertise in motor racing and as a restorer of road and race cars to recreate the streamlined Sixties sportscar.

The project took Tolman Motorsport as far afield as Denmark, where it sourced an original chassis with a HTP, but a thorough three-month inspection revealed a host of inaccuracies.

All chassis-related discrepancies were rectified with the aid of CAD technology, original photographs and drawings; poor-quality welding was corrected, all engine, transmission and suspension mounts modified, the front end of the chassis replaced, and new body parts created using original techniques.

The entire car was assembled before establishing the dimensional accuracy required to get the FIA’s stamp of approval.

However, the brief was also to recreate one of the more powerful V8 versions that had emerged from the United States, and a preliminary FIA inspection of the assembled car highlighted the need to switch from the installed Buick engine to a 4.2 litre Oldsmobile unit with four Weber carburettors and a rare wet sump system, which had to be developed in-house.

The transmission was overhauled, a fresh engine was built and dyno tested, a custom racing fuel cell was installed and a bespoke exhaust system designed, and over 80 per cent of the car was ultimately manufactured at Tolman Motorsport HQ.

Only six of the 17 original Lotus 19 chassis from the early Sixties are known to have survived, but the Tolman Motorsport-prepared car – a reproduction of chassis 19-965, the last to be built – is one of only two known FIA-spec examples.

It made its competition debut in the 2014 Silverstone Classic and has since achieved two podium finishes in the event’s FIA Masters Historic Sports Cars races, as well as a win and a third place in the Whitsun Trophy at the Goodwood Revival.

Tolman Motorsport Team Principal, Christopher Tolman, said: “I’m super excited about returning to the Goodwood Revival, which is one of the highlights of the motor racing calendar. Our historic racing programme sits right in the centre of everything we do, as it’s a demonstration of our capabilities, both in motor racing and as a road and race car restorer.

“We’re fielding a very special Lotus 19 that was meticulously recreated by Tolman Motorsport’s historic restoration arm in 2013. It was a project put together by the late four-time British hillclimb Champion Roy Lane, and the story I was told by his son was that, when he was testing at Silverstone back in the day, Colin Chapman turned up with his brand new sportscar, which blew Roy away. Apparently, he there and then vowed that one day he would own one.”

Tolman continued: “The car has already had some success at the Silverstone Classic and Goodwood Revival. We were a little unlucky with the way things turned out at the Goodwood Members’ Meeting earlier this year, but we’ve made some good improvements to the car and we’re pleased Darren Turner will be at the wheel this time around, as he’s definitely capable of bringing home a good result.”