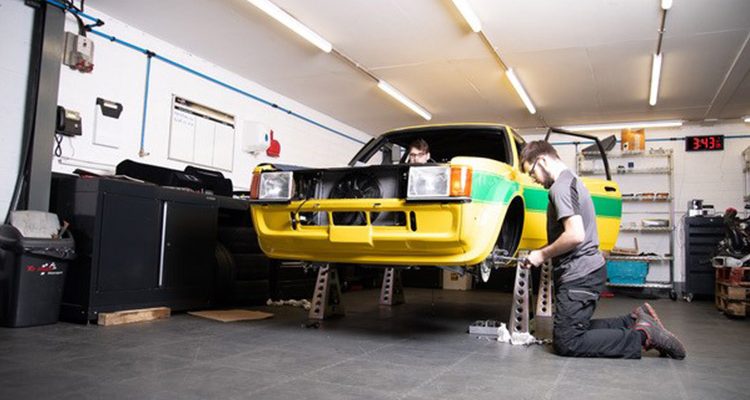 From its launch at the 1979 Geneva Motor Show, the Talbot Sunbeam Lotus was destined to challenge the Ford Escort’s dominance in world rallying.

Tolman Motorsport’s re-creation is designed to revive the Group 2 rally spirit, preserving the original car’s innate attitude, while adding a few modern touches to further boost its customer’s enjoyment, whether bounding through the English countryside or thrashing around a racetrack.

Tasked with building the ultimate road and race-specification Sunbeam, Tolman Motorsport was glad to have a strong base on which to reinvent an authentic Group 2 rally machine, with an intact FIA-spec body and axles and a 2.2litre, 250bhp works engine from the period.

For the duration of this non-invasive re-creation project, Tolman was primarily focused on preserving anything intrinsically valuable within the car.

However, a plethora of state-of-the-art driver aids, including launch control, traction control, varied engine maps, three-way adjustable dampers with remote reservoirs and a fly-by-wire throttle, are neatly packaged inside the original bodywork to enhance the customer’s experience.

The Tolman Sunbeam Lotus sits on 15-inch wheels to accommodate larger brakes and the bespoke green and yellow paint job is a nod to Lotus’s own colour scheme, while the interior is fitted with a lightweight carbon-fibre replica dashboard and custom-made seats and harnesses.

Ultimately, the Tolman-prepared Sunbeam Lotus is a true and respectful reflection of the original rally machine from the early 1980s, pepped up by a few modern-day practicalities and refinements that make it a suitably versatile car that’s just as comfortable on the daily commute as it is on the racetrack.

“This Talbot Sunbeam Lotus belongs to a long-standing customer who wanted the best road and road-specification car,” said Tolman Motorsport Team Principal, Christopher Tolman. “Being so rare, Tolman Motorsport was keen to preserve the Sunbeam’s authenticity by carrying out a non-invasive re-creation that respected the car’s originality as far as possible, although we recognised that the customer had to be able to get in and drive with the benefit of modern technology. Subsequently, it was about striking a delicate balance, while also finding a middle ground that would make the car roadworthy without compromising its capabilities on the track. We found that happy medium and that’s why we’re proudly displaying the Tolman Sunbeam Lotus at Race Retro.”