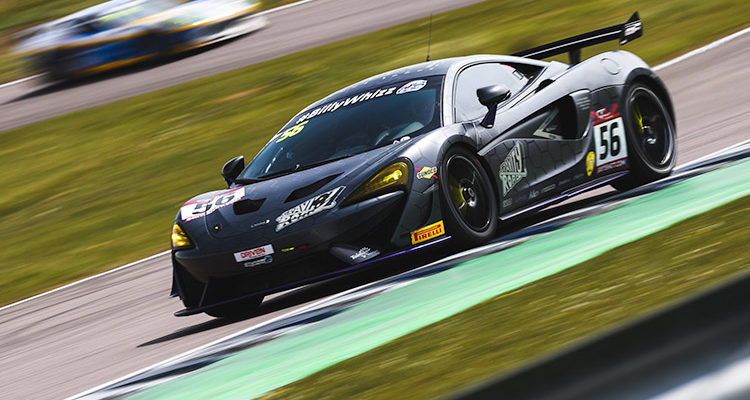 Following their success at Rockingham last weekend, the Tolman Motorsport crew head to Brands Hatch, to compete in the second round of the 2017 GT4 European Series. David Pattison and Joe Osborne will take on a 30 strong grid in the #56 McLaren 570S, and fight for solid finishes during the two races at the Kent circuit this weekend.

The British GT Championship regulars have a small wait on their hands, for the third round at Snetterton. So the team made the decision to enter the one off European contest, to give the drivers and team more quality laps and experience with the McLaren. “As much as we are treating it as a test, of course we want to push for a good result”, Team Owner, Chris Tolman commented, “both drivers and the team are really getting to grips with the 570S and this is a fantastic opportunity to learn even more.”

Former 2009 European GT4 Champion Osborne, is confident about the weekend ahead, “David came on leaps and bounds at Rockingham. He has got his head around the car and has really impressed me with his progress. This weekend will help our development even more.”

The ‘Silver Dream Racer’ gent, claimed GT4 victory with Tolman Motorsport at Brands Hatch, back in 2015 alongside Luke Davenport. “Winning is one of the best feelings there is” the Am driver said, “and I really want to achieve that again this year.” Pattison has a good feeling about the Sunday races, “the car and team are great, and I have a fantastic Pro in Joe. We have all the ingredients we need to be successful.”

The Blancpain GT support series action will start on Saturday the 6th of May, with two Free Practice sessions, at 10:55 and 14:25 respectively. Qualifying will then commence at 17:35. The pair of races will take place on Sunday 7th, at 10:15 and 14:25. All sessions will be streamed live on north.gt4series.com/live and the GT4 European Series Northern Cup YouTube channel.