Tolman Motorsport to challenge for Pro/Am honours at Donington Park 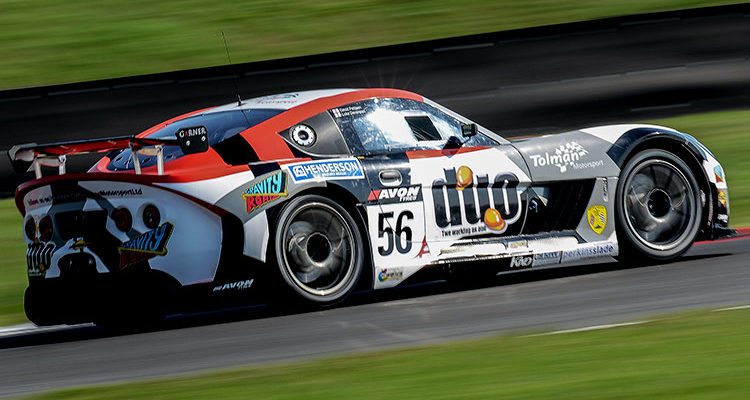 This weekend sees the final round of the 2015 British GT championship at Donington Park where Tolman Motorsports David Pattison and Luke Davenport find themselves with an outside chance of being able to challenge for second overall in the GT4 category and 1st in Pro/Am.

The team had a very encouraging test last week at Donington on the run up to the final round, finding some small improvements throughout the day and putting both the drivers and team in good spirits! The aim for this coming weekend is to continue to build on the performances so far this year and do the best job possible without losing sight of the teams objectives.

Luke Davenport said, “This season has gone in a flash which is a shame considering how much fun it has been! Going into the last round we are, of course, the outsiders points wise but anything can happen. David and I will not be thinking about this at all come Saturday. It is just like any other race weekend. We are well prepared and as usual, I will be gunning for pole position in the Pro category, fastest lap and the win on Sunday.”

“It’s been an amazing season so far.”, commented David Pattison, “We have come a long way in a very short space of time. Luke has been electric all year and I have done my best to support him. Donington hasn’t always been kind to me but we are really well prepared and looking forward to, and hoping for, a strong season finale. Whatever happens our season has exceeded expectations”.

Team Principle Chris Tolman quoted, “Whilst there is a possibility of us doing well in the championships, the reality is we need other teams to have a bad day at the office for that to happen. All the other guys out there are seasoned professionals with great teams and we are the new kids on the block! We have had a strong second half of the season and have the speed. Both drivers are in a great place just now so let’s see what happens! It would be great to finish this year on a high and continue to show people what we can do!”

You can watch the race LIVE on MotorsTV (Freeview 71 & 240, Sky 447 and Virgin Media 545) with coverage beginning at 12:45pm or drive over to Donington Park for qualifying on Saturday, or for the race on Sunday to cheer the team on.