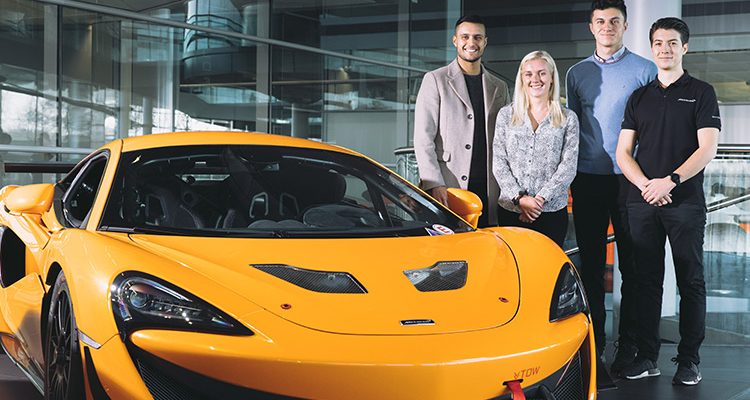 The McLaren Customer Racing team welcomes a truly international line-up, as the United Kingdom’s Katie Milner will be joined by American young gun Michael Benyahia, Australia’s Harry Hayek and Swiss racer Alain Valente, who were announced for the 2020 programme on Thursday (5 December) evening.

A shortlist of 18 young, up-and-coming drivers from a diverse range of motorsport disciplines were assessed for the DDP, having impressed during their respective 2019 campaigns across the UK, Europe, North America and Australia.

However, the final four were chosen after excelling during an intense two-day assessment at Snetterton in the UK. The process, which simulated a race weekend, required each driver to work with McLaren Customer Racing engineers on car setup before completing qualifying and race simulations.

Off the track, the candidates were tasked with analysing data and telemetry with McLaren engineers and coaches, before being subjected to media interviews with motorsport.com and mental and physical assessments with programme partner iZone.

Ultimately, the results of these tests determined who would join Tolman Motorsport’s McLaren DDP ranks for the 2020 British GT season, and it was Milner, Benyahia, Hayek and Valente who stood out.

Milner, aged 20 from York, has a background in Autograss, but in 2016 became the first female to win the Junior Saloon Car Championship (JSCC) and to earnt the British Women Racing Drivers Club (BWRDC) Gold Star, before embarking on race-winning campaigns in the Ginetta GT5 Challenge.

Benyahia, meanwhile, is no stranger to McLaren Customer Racing, because while the Miami, Florida driver began his career in single-seaters – he finished runner-up in Formula 4 and ended 2017 as Formula Renault NEC Champion – he has since turned his attention to sportscars, most recently contesting the ADAC GT4 Championship with a McLaren 570S GT4.

The same can be said of Valente, as the 23-year old from Bern, Switzerland followed a podium-yielding season in Italian F4 with successful GT4 European Series and ADAC GT4 Germany campaigns, spending the latter at the wheel of a 570S GT4.

Finally, Sydney-born Hayek won multiple Australian State karting titles and established himself as a race winner upon graduating to Australian F4, before heading overseas to partake in the British F3 Championship.

Unfortunately, Hayek’s promising career stalled when he was involved in a serious accident, but the 21-year old Australian has made a fighting recovery and notably achieved a podium finish on his return to competition earlier this year.

In 2020, the Tolman-McLaren Automotive partnership, which dates back to the DDP’s inception in 2018, will enter its third year, and Christopher Tolman said: “I’m delighted to continue with the McLaren Automotive Driver Development Programme for a third season. The calibre of the drivers continues to grow and expand around the globe, and Tolman Motorsport will do its utmost to give these young talents the best possible chance of success with the exceptional McLaren 570S GT4.”

Danny Buxton, Drive Team Leader, McLaren Automotive, added: “The Driver Development Programme is an extremely important part of the motorsport landscape at McLaren Automotive, and it’s becoming stronger with each season. This year’s group of shortlisted drivers was the largest we have ever assessed, and it was a truly global mix, which is great to see. They were also the strongest selection we’ve ever seen, and the decision for the final four was extremely difficult.

“The aim of the Driver Development Programme is to work with each of the four successful candidates throughout the year and help build them into more complete drivers, both on and off the track. Each one of the drivers who took part in the assessment is a true young professional and extremely capable and competent. There’s no denying they are all very quick behind the wheel, but the driving is only a small part of what it takes to build a successful and sustainable career in motorsport. For Katie, Michael, Harry and Alain the work really starts now, and we will work with them – and push them – to build and improve their whole skillset. Throughout the year, the team will work on a number of areas, including personal fitness, nutrition, engineering expertise, racecraft and PR to help them develop into a complete package as a racing driver.”

The 2020 British GT Championship opens with a pair of one-hour races at Oulton Park on the Easter Bank Holiday weekend (11-13 April), before taking in many more of the UK’s greatest circuits, as well as Belgium’s historic Circuit de Spa-Francorchamps, over the course of the nine-round season. 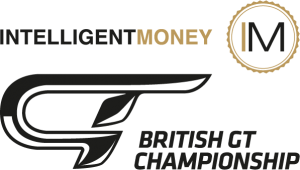