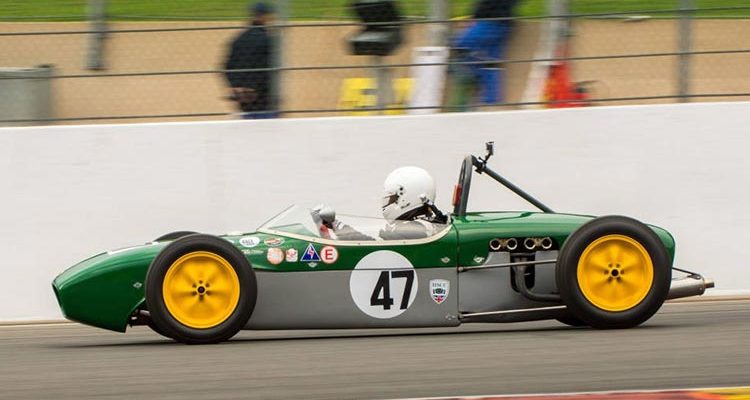 Tolman, well known and respected for its concours-level restorations and historic race car management, has been employed to maintain and run a pair of Lotus 18s in the Historic Sports Car Championship (HSCC) and FIA Lurani Trophy for Formula Junior cars.

Conceived as a low-cost entry point to single-seater competition, Formula Junior utilised mass-produced 1000 or 1100cc engines, gearboxes and brakes and provided a platform for several drivers who went on to dominate Formula 1, including two-time World Champion, Clark.

Tolman has been commissioned to run a pair of Lotus 18s, one an example of the car Clark took to Formula Junior Championship success in 1960, for the duration of a two-pronged season in the HSCC and FIA Lurani Trophy, having completed works that introduced new plumbing and dampers and an optimised set up.

The Lola T212, meanwhile, received a lot of attention during a substantial winter rebuild to bring the sportscar up to Tolman’s exacting standards, as all of the suspension has been renewed and a new wiring loom and plumbing have been installed for a planned campaign in the FIA Masters Historic Sports Car Championship. The car will also undergo a rigorous test and development programme prior to the start of the season.

The bright orange Lola and green Lotus will look striking against the backdrop of Tolman’s new retro stand – designed to revive the spirit of the Fifties and Sixties and the golden era of motorsport – where the company will launch its new website at 10:00 on Friday (21 February).

“We’re displaying two cars that showcase our wide-ranging engineering abilities. The Lotus 18 is an iconic single-seater that’s synonymous with Jim Clark, but it’s also a brilliant representation of the historic race support and preparation services we provide to clients from all over the world. Then we have the Lola T212, which is a striking car with great pedigree that showcases Tolman’s engineering prowess, as visitors to Race Retro will be able to see the result of a thorough winter rebuild for a full and demanding assault on the 2020 FIA Masters Historic Sports Car Championship.”