Welcoming Kraftwerk Tools at our first test with the McLaren 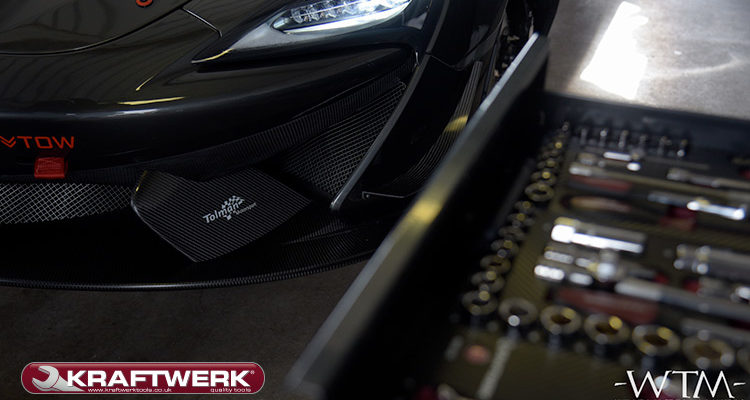 Tolman Motorsport introduced its partnership with Kraftwerk Tools UK as it completed the first test with the McLaren GT4 it will use in the 2017 British GT Championship.

Kraftwerk will supply the team with its outstanding tools and mechanics wear for the upcoming racing season. These will also be used at the teams workshops, where in addition to the race team, it has a growing classic, race and modern car preparation and build business. Kraftwerk branding will appear on the race car, pit boards and PR materials and additionally, Tolman Motorsport will become stockists of the tools.

“We would like to welcome Kraftwerk Tools to our team”, added Team Principal and Owner Christopher Tolman. “They are an exciting brand with some really great products that our technicians have already sampled at this first test. We look forward to working with them to mutually increase the exposure and success of both our businesses.”

“This Initial shakedown and first test have gone extremely well and we completed around 500km with no major issues. During the test sessions we have been concentrating on systems and procedures with this new car and not outright pace but initial times are very encouraging. Both drivers are very happy and cannot wait for the season start at Oulton!….. and she looks fantastic!!!!”

With a solid test programme in place ahead of the nine-round 2017 British GT Championship, the team plan to reveal their livery at the series media day in March. The season then kicks off properly with the two 60-minute sprint races at Cheshire’s Oulton Park on the Easter weekend (April 15 – 17).